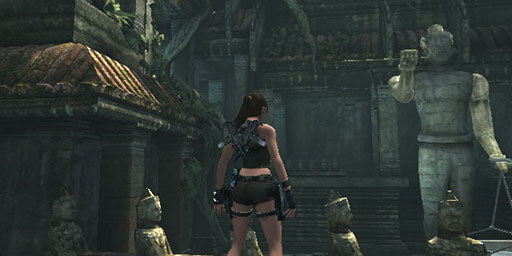 Tomb Raider: Underworld
Seeking the answer behind her mother's disappearance, Lara Croft travels to far-flung destinations, and discovers that the truth lies far beneath the surface.

Easily the most challenging (and exciting) project of my early career, our job was to re-interpret the "high definition" vision of the most expansive Tomb Raider game ever made. While the vision was in flux. While the engine was being developed. Which meant we were interpreting a rapidly evolving game design on a code foundation that was constantly changing, to a platform with less power, less memory, and a different control interface!

It was difficult. But it was awesome.

As lead level designer, my job was to work with code and art to establish the process by which our designers would translate the HD zones into Wii ones. After that, I worked with the creative directors at Crystal Dynamics to negotiate a plan which upheld their vision, and worked with our art director to keep memory in check. I also had the chance to design the Mexico level, with a lot of original content based on Xibalba, the Mayan underworld.